The Next Generation of Philanthropy

A Louisville teen was inspired to make a big impact. Thanks to the Louisville Youth Philanthropy Council (LYPC), he has the tools to succeed.

Justin Durik has an impressive philanthropic résumé. He’s raised money to support survivors of sex trafficking, individuals struggling with addiction, kids recovering from trauma, and other marginalized populations in need of help and hope. 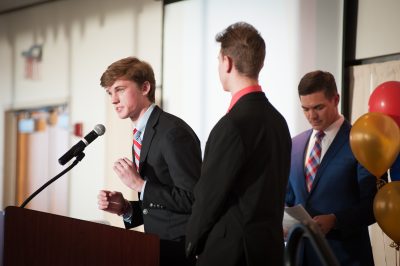 Justin speaking at a LYPC Banquet

“It’s easy for young people to think they’re too young to make a difference, but that’s not true,” says Justin, who’s in his fourth year on the LYPC, a project fiscally sponsored by the Community Foundation of Louisville.

The St. Xavier High School senior currently is spearheading his most ambitious philanthropic effort to date: raising $125,000 to help build the Louisville Urban League Sports and Learning Complex, a facility he hopes will bridge the city’s Ninth Street Divide. Justin’s parents are supporting this mission by offering a $125,000 matching grant from their own Community Foundation fund.

The Community Foundation offers individualized, customized services to our fundholders to help them think big about their charitable giving. Justin’s exposure to family philanthropy, his passion for running, and commitment to the Louisville Urban League’s Sports and Learning Complex is a wonderful example of how people’s personal experiences and values inform their giving.

“My whole life, my parents have instilled in me the importance of service and giving back to those less fortunate than I am. It’s why I am where I am today,” says Justin, who also credits LYPC for providing him with a solid foundation in philanthropy. “It’s given me the confidence and the tools to go out and ask for money and support for the projects I’m passionate about.” 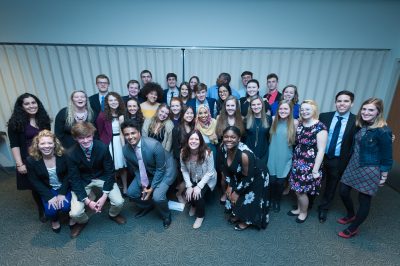 Group shot of one of Justin’s LYPC classes

Each year, the Louisville Youth Philanthropy Council provides a diverse team of up to 35 high school students with hands-on experience in grant-making and philanthropy. Justin was first selected for LYPC as a freshman, and he’s only the second student to participate all four years of high school.

In a joint interview, LYPC co-directors Marcella Kragel and Ina Miller say Justin is an exceptional young man who is kind, respectful, and “has an old soul, one that emulates wisdom and true consideration for others.” They both agree he’ll put the tools he’s gained at LYPC to good use in the future.

“I have complete confidence that whatever he wants to do or wherever he wants to go, it will happen,” says Marcella. “He has enough passion, motivation, and skills to make this world better.”

From inspiration to action 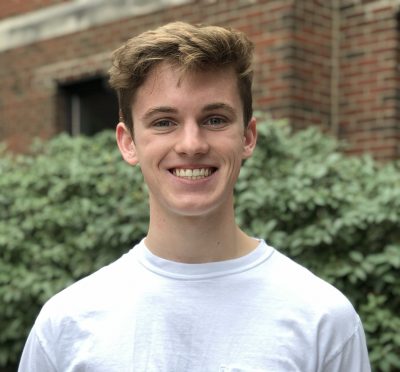 That passion is apparent when Justin talks about the sports complex planned at South 30th Street and West Muhammad Ali Boulevard. It’s a project he was inspired to support after seeing a video of west Louisville students running sprints in the halls of their high school — because it was too dangerous to train outdoors.

“It kind of shocked me, because my entire life, I’ve been so privileged and so blessed,” says Justin, who is also a runner. “I’ve always had access to the nicest facilities, the best equipment. To see these kids who are my age and probably far more dedicated to track and field, being forced to run in the halls because it’s too dangerous outside, it really moved me to action.”

Thanks to LYPC, Justin is equipped with the knowledge and resources needed to act on his inspiration and make a difference.

“The Community Foundation of Louisville believes that everyone can be a philanthropist and that philanthropy has many different expressions. It is natural for the Foundation to be a fiscal sponsor of the LYPC because they are cultivating the next generation of philanthropists,” says Molly Melia, Senior Associate of Marketing and Communications with the Community Foundation. “The next generation of philanthropists is going to be big, and we are proud to align ourselves with the very organization that is helping to cultivate such wonderful and passionate young adults.”

Are you moved to help? Donations made through the Urban League’s website or through your CFL Fund that include Justin’s name will qualify for the match.