How one Louisville native is giving back to the next generation 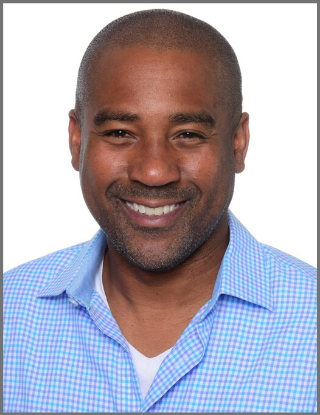 Louisville native Butch Mosby Jr. (pictured right) was sitting at a Starbucks several years ago when a kid approached selling candy to support his football team. It was a pitch he’d heard from young African-American athletes many times over the years; but this time, it stuck with him.

“I gave him the money and told him to keep the candy bars,” he says. “Afterwards, I thought: Why do Black kids have to sell chocolate to play sports and go to tournaments?”

That’s when the idea for his nonprofit Sponsor 4 Success was born.

“Honestly, I didn’t intend for it to be what it is today. My intentions were only to help a few kids who I thought needed help,” Mosby says via Zoom call in Germany, where he now lives with his wife and kids.

We recently talked with Mosby about growing up in Louisville, his professional success and the philanthropic goals for his crowdfunding nonprofit, which makes it possible for disadvantaged youth to participate in educational, athletic and vocational programs.

Tell us about your upbringing in Louisville.

I grew up in a middle-class family in the West End, where I was heavily involved in sports. I played football from 5 years old all the way through high school. My mom was an entrepreneur, she had her own business, and my father worked at Colgate. I went to Male High School, where I was quarterback of the football team, and I also played tennis and ran track. From there I went to college on a football scholarship.

What people made a positive impact during your youth?

First, my father. He was my football coach for many years. He also took care of the other kids, making sure they got to practice on time when their parents weren’t able to get them there. I learned a lot from him in terms of leadership. My mom was a big influence as well. She was a preacher at First Congregational Methodist Church, the same church where civil rights activist Louis Coleman was a preacher (he was instrumental in my life, too). Also, my grandmother: She was our rock in a close-knit family that was all about reunions, Sunday dinners and sleepovers.

How did Sponsor 4 Success blossom from an idea in a coffee shop to the nonprofit it is today?

I’m a big social media guy, so I went on Facebook and told the story about what happened at Starbucks and how it made me want to raise money for local kids in need. I was looking for suggestions about who to help, and that’s when the team-mom for the West End Louisville Yellowjackets saw my post and said they were trying to raise money. I said I was going to donate the first $100, and within 48 hours I had like $1,500.

What Sponsor 4 Success campaigns have been especially meaningful for you?

The campaigns that involve students getting the opportunity to travel around the world resonate the most. I grew up in the West End, where there aren’t a lot of opportunities. A lot of people don’t ever leave; some barely cross Ninth Street.

I got lucky to get a football scholarship at Murray State University. After that I ended up playing in the German Football League in 1995, and that changed my entire perspective of the world…

Through Sponsor 4 Success, we’ve sent kids on educational tours to Costa Rica, Ireland, Germany, Spain, Tanzania. Many of these kids are very talented, but their parents couldn’t afford these trips. The kids who can afford it get this opportunity and then have a better chance at success down the road.

I can’t make a kid successful, but if I can keep them on the path and remove some barriers, then that gives them a better shot. 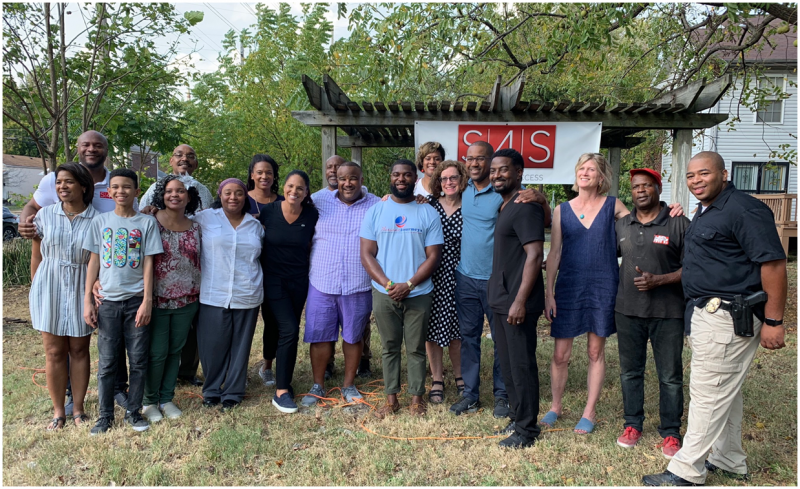 Why were you drawn to helping the community where you grew up?

I love Louisville. I’m proud of my heritage and my culture. The reason I give back to the neighborhood I grew up in is because these kids don’t have that many opportunities. That’s truer now than ever before. The West End I grew up in is not the West End of today. It’s deteriorated over the years, and I want to play a role in revitalizing that.

What I’m trying to do is create a system where people like me can pool their funds to help the neighborhood they grew up in. This concept could be replicated in other cities, and there’s been interest elsewhere; you just need a person who grew up in that area and who is passionate to spearhead it.

What does giving back mean to you?

I think it’s important to lift up people in the community where you grew up. I owe it to the people who helped me to give back to the next generation.

Obviously, when I help a kid succeed it makes me feel good, but really, I just feel as though I’m doing what I’m supposed to do per my ancestors. They led the way, I followed them, and now I need to reach back and bring somebody else along.

How has The Community Foundation helped you achieve your philanthropic goals?

I had a stock package with the company I worked for. When it sold in 2018, I got my cash-out, exited corporate America, and officially moved over to Germany where my wife is from. I had a pile of cash that I wanted to put to good use. That’s when I contacted the Community Foundation of Louisville and created my fund.

The Community Foundation has been great to work with: They’ve made every step easy, and they are growing those funds, which makes it possible to do more in the community and fulfill the mission of Sponsor 4 Success. They’ve also helped me navigate the philanthropic world. The organization has been a real catalyst on that front.

What’s your advice for someone who wants to make a difference in their community but doesn’t know where to begin?

Look to someone who is already established at giving back, and hopefully they will talk to you and give you advice. (They can even call me and let me give them the rundown of how this works!) I would say you also have to be willing to be involved in the philanthropic scene in order to get something substantial done. You can’t just throw dollars at something.

Why should someone consider partnering with the Community Foundation?

I would recommend that the African-American community look to the philanthropic community — and specifically, the Community Foundation of Louisville — to help get things done. When you’re trying to make positive change, you have to have a philanthropic arm to assist you with your economic arm and your social arm. In order to get real things done in the community, you need to have all these things in play.

On the other side of that, CFL fundholders should look to befriend and work with African-American CFL fundholders, like me, in an effort to lessen the economic and social disparities in the city of Louisville.