Cue the Confetti: Celebrating the most successful Give For Good

Posted September 16, 2019 under: Give For Good Louisville Giving Day 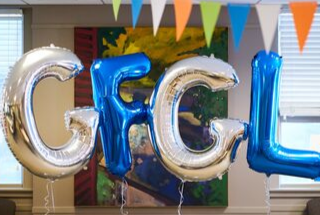 When the clock struck midnight and the leaderboard stopped changing, the Community Foundation of Louisville’s giving day was a wrap and the confetti was in full force at mission control — Molly Melia made sure of that.

“Everyone teases me and calls me the confetti-cannon queen,” says Melia, Senior Associate of Marketing and Communications for the Community Foundation of Louisville. She leads the effort behind Give For Good, the Foundation’s 24-hour online giving day, which took place on Sept. 12.

There was plenty of cause for celebration (and loads of confetti) this year, as Give For Good 2019 was the most successful day of local giving to date: A record participation by nearly 20,000 individual donors contributed more than $6.8 million to support over 500 local nonprofits!

The Foundation is proud to host Give For Good, putting in countless hours to prepare for the big day. But it’s the community coming together that makes the day a true success — an unbelievable feat that was further bolstered by local media and our generous corporate partners.

What is Give For Good? 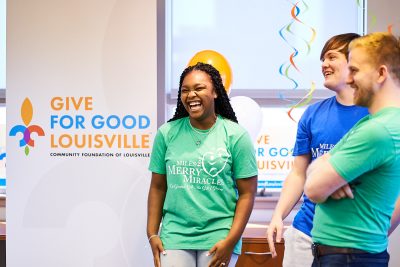 Behind the scenes of #GiveForGoodLouLIVE

The Community Foundation of Louisville has long been a tremendous force for good, but it can seem a bit lofty and inaccessible to some — which is why Give For Good was launched in 2014.

The online giving day provides nonprofits with an opportunity to tell their stories and connect with potential donors. The energy created by social and other media offered a great way for young people and others new to philanthropy to learn about — and hopefully contribute to — causes that move them.

Although Give For Good technically lasts just one day, for hundreds of community nonprofits and many of the Foundation team, it’s more like a months-long marathon leading up to a 24-hour sprint.

In the months leading up to the sixth annual Give For Good Louisville, the Foundation team and more than 500 participating nonprofits collaborated to effectively tell their stories with a goal of maximizing support. When the second week of September finally arrived, it was go-time.

As the clock struck midnight on Sept. 12, the donations began. Nonprofit participants took every opportunity to share their impact and inspire contributions. Foundation staff jumps in for the day 100 percent dedicated to the success of Give For Good. 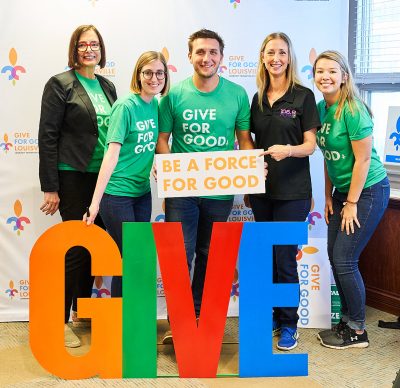 The giving day was filled with nonprofit media interviews, events, celebrating prizes made possible by partners and — new this year — welcoming local nonprofits into the Foundation offices during “Give For Good Louisville Live” to create Facebook live videos with help from Foundation staff, social media expert Chris Strub, and Summit Media DJs Jesse and MJ.

Imagine the joyous celebration at the Foundation just before 9 p.m., when our community surpassed the giving day goal of $6 million dollars.

From the nonprofits sharing their stories of impact, to the community giving on such a generous level, our entire city was bursting with generosity and kindness during Give For Good Louisville 2019. The Foundation team was filled with smiles, hugs, and cheers as they watched and supported the nonprofits in our community in raising funds to make our city an even better place to live, work and play.

“The energy is contagious,” Melia says of Give For Good Louisville, which is clearly changing lives and making an impact. “I am so thankful to live in a city that has this much compassion.”