Life’s most persistent and urgent question is: ‘What are you doing for others? – Martin Luther King Jr.

Ted joined D.D. Williamson in 1974 in manufacturing. He became Director of Operations in 1976 and added Sales and Marketing responsibilities in 1980. He was promoted to President and COO in 1982, and CEO in 1992.  D.D. Williamson is a global manufacturer of Natural and Caramel Colors used in the food and beverage industries and operates 13 plants around the world located in the U.S. (3), Brazil, Chile, Ireland (2), United Kingdom (3), eSwatini, Malaysia and China. Over 80% of our sales are outside the U.S. Each day, our products color over 2 billion servings of foods and beverages on a global basis.

His current outside activities include Neighborhood House (Current Board President), and the Waterfront Development Corp. Previous outside activities have included The Louisville Orchestra (Vice President), Louisville Metro United Way (he and wife Mary co-Chaired the 2014 Campaign), The Louisville Actors Theatre Board (Past President), YPO International (Chairman of the Executive Committee and Board), CEO Organization Board, The Clifton Center (President), Food Update Board, Brooklawn Child and Family Services Center (Co-Chair of the $8 million Capital Campaign) and various industry organizations. In 2009, Ted and his father were honored to be inducted into the Louisville, KY Junior Achievement Business Hall of Fame and in 2020, he was honored to be selected as a “Most Admired CEO”.

Ted currently serves on the Board of Koss Corporation, a publicly held consumer products company and Fermentalg SA, a publicly held fermentation company. He is a co-owner of NPH LLC and owner of Bennu Rowan LLC which purchases and rehabilitates homes in the Louisville West of 9th St area to provide high quality housing for lower income families.

He is married to Mary R. Nixon (WKU ’79), He is a retired Vice President, Global Tax and Internal Audit for YUM Brands, Inc., and is currently Chair of the University of Louisville Board of Trustees and on the Board of the KY Performing Arts, Parklands of Floyds Fork and Board Chair of Evolve 502. He and Mary have two married daughters and four grandchildren. 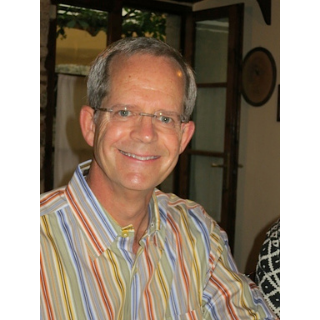