The Mary Alice Hadley Prize for Visual Art was an investment in creative capital for Louisville, recognizing artists who demonstrate a commitment to and potential for growth within their chosen medium in the visual arts. The $5,000 prize was designated for enrichment experiences that helped the winning artist pursue their personal and professional ambitions and achieve their full artistic potential.

The Mary Alice Hadley Prize for Visual Art was funded by the George and Mary Alice Hadley Endowment Fund at the Community Foundation of Louisville. Louisville Visual Art (LVA) serves as administrative partner to the project and competition process. The Hadley Prize Selection Committee, a diverse panel of artists and arts professionals from Louisville and the surrounding area, reviewed all applications and selected the winner.

Mary Alice Hadley (1911-1965) was born into a family of clay tile makers. She exhibited an early interest in art and design and became a widely-recognized painter, winning numerous awards and acclaim from New York to Los Angeles.

In the late 1930s, Mary Alice began melding her artistic talent with her knowledge of clay ware. She made a set of dishes for her houseboat in 1939 and created such a stir among her friends and acquaintances that the idea for a business was born. With the help of her husband, George, the Hadley Pottery Co. was formed in 1940. The business prospered, attracting collectors from across the nation and around the world.

The M.A. Hadley Prize is awarded from the George and Mary Alice Hadley Fund at the Community Foundation of Louisville. The endowment was established in 1991, and it supports the arts and humanities, particularly visual arts, crafts, theater and the Louisville Free Public Library.

For additional information about the M.A. Hadley Prize for Visual Art, please call. 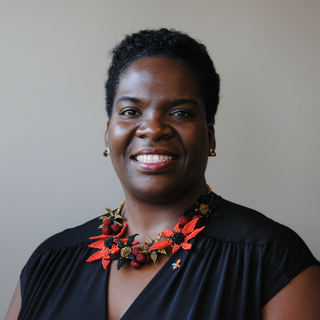