Vogt Award Applications Open Until May 30! 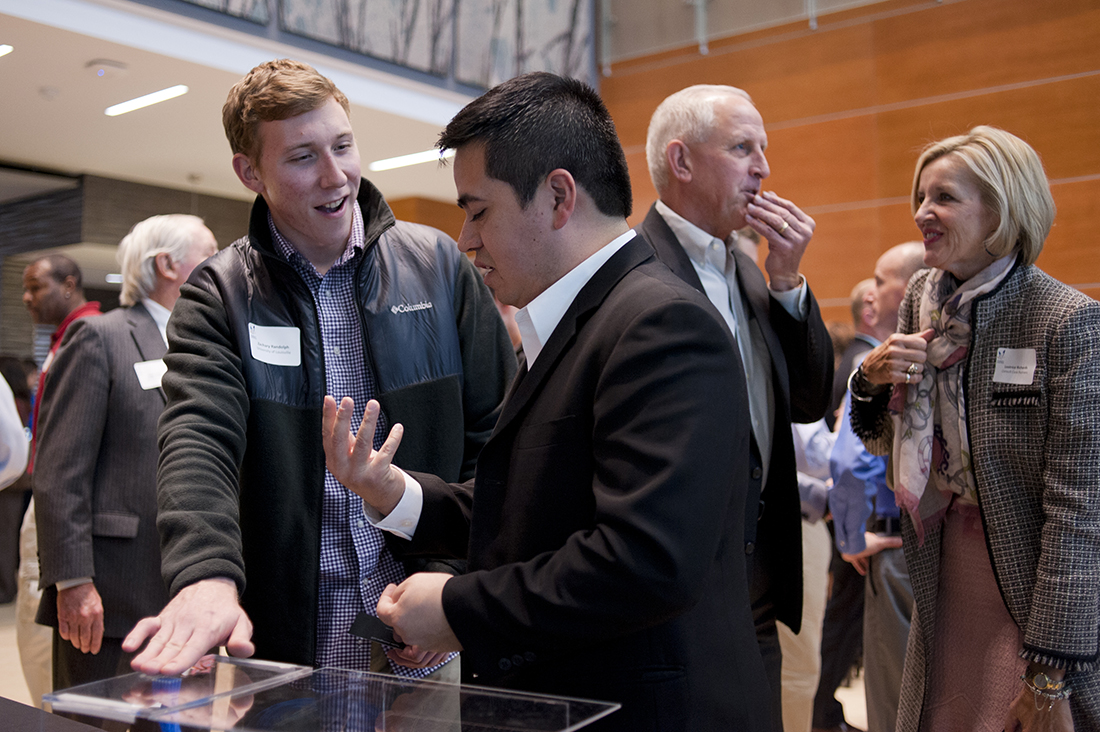 The Community Foundation of Louisville (CFL) and Greater Louisville Inc’s (GLI) EnterpriseCorp are accepting applications for the 2015 Vogt Awards. The awards target the manufacturing and hardware sector to help startup ideas and products develop into a viable and successful business in our region. The Vogt Awards reward entrepreneurs by investing in companies committed to economic growth and job creation.

“The Vogt Awards are a unique and valuable community legacy that celebrates the spirit of Henry Vogt Heuser,” said Kent Oyler, CEO and President of Greater Louisville Inc. “GLI is honored to partner with the Community Foundation of Louisville to advance Mr. Heuser’s vision of helping manufacturing-oriented entrepreneurs succeed.”

The Vogt Awards have been presented for 14 years. The awards are supported by the CFL’s Vogt Invention and Innovation Fund and administered by GLI’s EnterpriseCorp. Up to five entrepreneurs will win $20,000 in development grants. Development grant winners will then have the opportunity to compete for up to $100,000 to commercialize their product. In addition, the winners will receive continuing education, mentoring, support and access to maker resources. The qualifications to apply include a plan that demonstrates potential benefit to the region, early stage products for which less than $500,000 in private financing has been raised to date, and innovation of tangible products. The application period closes May 30, 2015.

During the past 14 years, over $2 million dollars have been granted to nearly 50 start-up companies from the Vogt Invention and Innovation Fund. Development grant winners will take advantage of the  program’s relationships with the best makers in the community, including Nucleus’ LaunchIt lean startup program, GE Appliance industrial design and FirstBuild microfactory, University of Louisville’s Rapid Prototyping Center and Micro/Nano Tech Center, LVL1 Hackerspace, and the Louisville Mini Maker Faire.

“We are ecstatic to provide recognition, funding and resources through the Vogt Awards,” said Susan Barry, President and CEO of the Community Foundation of Louisville. “The goal is to commercialize products in the seed, start-up or early growth stage within two years to benefit the Greater Louisville region.”

The Vogt Awards are the product of the late Henry V. Heuser Sr., founder of the Henry Vogt Machine Company. Born and raised in Louisville, Heuser created a $5 million endowment at CFL to support local entrepreneurship shortly before he passed away in 1999. His legacy is the establishment of an award that allows engineers and entrepreneurs to access resources to develop new businesses, and inspires them to leave their own legacy to make our region thrive.