Jerry Abramson currently holds the position of Executive in Residence at Spalding University with responsibilities for developing and directing a new institute for local/state government leadership which will train elected and appointed officials from throughout Kentucky. In addition, Jerry will be teaching undergraduate courses in leadership, public finance, and community development.

Jerry served as Deputy Assistant to the President and Director of Intergovernmental Affairs from November 2014 to January 2017. In this role, he oversaw the Obama administration’s domestic agenda with state, city, county, and tribal elected officials across the country. Jerry is the former Lieutenant Governor of Kentucky, having served alongside Governor Steve Beshear from 2011 to 2014. He chaired the Governor’s Blue Ribbon Commission on Tax Reform in 2012 and focused his efforts on education and economic development.

Prior to entering state government, Jerry held the role of the longest-serving Mayor of Louisville, Kentucky,  with 21 years of service, earning the nickname “Mayor for Life.” During his time as Mayor, Jerry was President of the United States Conference of Mayors in 1993. In addition, Jerry played a leadership role in the successful consolidation of the City of Louisville and Jefferson County governments. Jerry started his public service as an Alderman of the City of Louisville for two terms, and thereafter as Counsel to the Governor of Kentucky, John Y. Brown, Jr.

In the private sector, Jerry practiced law with Greenebaum Doll and McDonald, and thereafter with Frost Brown Todd. He served on the Board of Directors of the Brown-Forman Corporation from 1999 to 2003 and presently serves on the Boards of Dare to Care, University of Louisville Board of Trustees and the Community Foundation of Louisville. 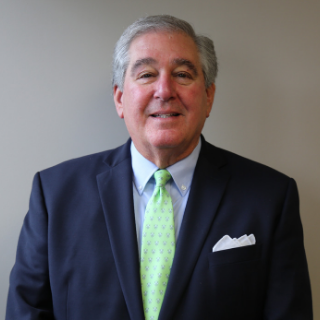