Deja Jackson joined the Mission & Impact team as a Program Officer in January 2019. She brings with her a background that includes coordinating, improving processes, and project management.

Deja’s most recent work experience was with Louisville Promise and 55,000 Degrees as the Initiative Coordinator. She is a councilmember for the Council of Friends (of the Library). She is also the 2019 President of Louisville Youth Group.

A Bowling Green, Kentucky native, Deja began her career in retail banking before holding multiple positions at Cox Automotive. Deja obtained a B.S. in Political Science from the University of Louisville. She is currently working on her masters in Government with a concentration in political communications from Johns Hopkins University. 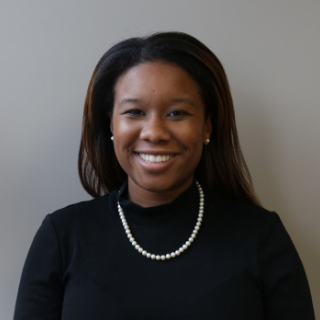