The Community Foundation of Louisville announced it is gifting two acres of land at Preston and Finzer streets in the historic Smoketown neighborhood to two local nonprofits — Rebuilding Our Urban Neighborhood Dwellings (REBOUND, Inc.) and the Louisville Association for Community Economics (LACE). The land, valued at nearly $1 million, was initially given to the Community Foundation in 2015 by Hillerich & Bradsby Co. to enhance the lives of Smoketown residents. It is the only post-Civil War neighborhood settled mainly by African Americans that remains in the city of Louisville.

Each organization will receive approximately one acre of land to be used independently. REBOUND will facilitate the creation of a Community Land Trust. LACE will work in conjunction with the Louisville Community Grocery (LCG) enterprise, to establish a cooperative grocery store on the property. Each project will work with members of the community to make decisions regarding their respective portion of the land and how it is used in their initiative.

REBOUND, Inc. was founded in 1993 with a mission to revitalize neighborhoods in low-to-moderate income households and create vibrant, stable and inclusive communities for individuals and families seeking homeownership. Its efforts are focused on closing the racial wealth gap caused by economic inequalities.

Kevin Dunlap, Executive Director, REBOUND noted, “Historically community land trusts help to keep properties in a particular neighborhood affordable. With all of the growth in Smoketown, it is vitally important the people in the neighborhood have a say over what takes place with the land and its affordability in the long term.”

As part of its goal, LACE is seeking members/owners within the Smoketown community and beyond to support the cooperative grocery enterprise. Groundbreaking for the grocery project is expected by end of 2023.

“This venture is building again on the unique role of a community foundation to bring together as many people as possible toward building a better piece of geography which they all call their home,” says Community Foundation of Louisville President & CEO, Ron Gallo.

The Community Foundation shares how it came to the decision to gift the property in Smoketown to REBOUND, Inc. and LACE

REBOUND, Inc. shares its plans to facilitate the creation of a Community Land Trust in Smoketown

LACE discusses plans to establish a community grocery in Smoketown.

In 1993 REBOUND, Inc. (Rebuilding Our Urban Neighborhood Dwellings) was created to increase community development and neighborhood revitalization. REBOUND was formed as a non-profit cooperative effort among the Louisville Urban League, the City of Louisville and Main Street Realty, the private real estate firm of the late David A. Jones.  The initial goal was to build and sell 90 quality homes in the historic Russell neighborhood.

Recognizing the need and desire for homeownership in West Louisville, REBOUND envisioned this initiative as a goal to positively influence residents living in Westend communities.  Since the beginning of REBOUND in the early 90’s, we continue to acquire underutilized land and abandoned properties, transforming them into safe, sustainable and healthy homes. Our commitment to remain influential in the growth of affordable housing and home ownership continues to prove that when opportunities are presented to stabilize lives, dreams can be achieved.

REBOUND believes that by providing affordable high-quality housing and homeownership education, that we can increase neighborhood revitalization — resulting in helping marginalized families access affordable housing for a better quality of life.

We envision bringing homeownership awareness to communities. By referring our clients to our partners at Louisville Urban League (Center for Housing & Financial Empowerment) we make the homebuying process easy, as we teach potential homebuyers to become self-sufficient. We pride ourselves on building strong, inclusive, and happy communities.

The Louisville Association for Community Economics (LACE) is a non-profit developer committed to fostering an ecosystem of cooperative social enterprises built on racial and economic equity.

We believe that community-owned and governed businesses are a pathway to bring wealth and power to neighborhoods and people that have faced systemic exclusion. 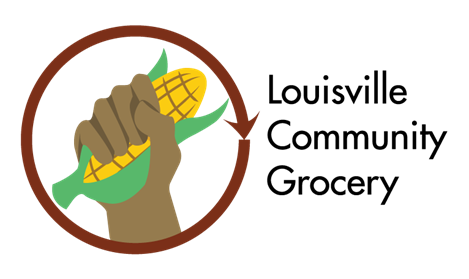 The Louisville Community Grocery is committed to building a cooperatively-owned grocery store that supports the local economy by providing healthy, affordable food through just and equitable practices, employment, and ownership.

We believe everyone should have access to fresh and healthy food, in a space that is welcoming to all.

We believe access to healthy food is a human right and our communities’ self-reliance in providing for our food needs is essential. Full service grocery stores have abandoned most of Louisville’s west and central neighborhoods and we hope to address this through community ownership, job creation, and commitment to community health.

Statements from the Community Foundation of Louisville

For more information please send an email or call 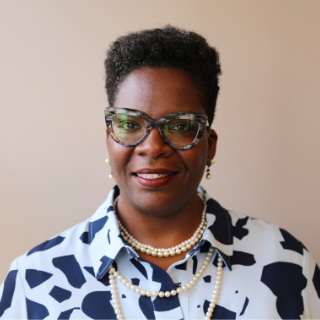