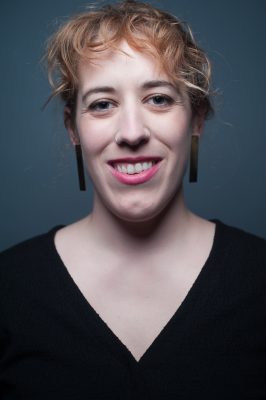 Adrienne Miller has an impressive résumé: master of fine arts graduate, studio manager at an elite university, and now exhibition and special project coordinator at the Speed Art Museum. Yet when it comes to her own art, self-doubt has at times overshadowed her creative process.

“I think it’s very natural to suffer from imposter syndrome as an artist,” says Miller, whose art focuses primarily on drawings and print work. But these doubts have dissipated thanks to Hadley Creatives, a signature program of the Community Foundation of Louisville. Miller was one of 15 artists selected for Hadley Creatives: Generation 2 (2019), which concluded in June.

“We all showed up on the first day kind of feeling like maybe they made a mistake by including us,” says the 35-year-old artist. “But we all quickly realized it was a safe space to be honest with each other, and that it wasn’t a competition. It was such a supportive group of people, and we all bonded instantly.”

The George & Mary Alice Hadley Fund, which the Foundation manages, is committed to funding the Hadley Creatives for five years. Mary Alice Hadley founded Hadley Pottery Company and the fund was created to honor her and her husband by supporting the arts. The comprehensive six-month professional development experience aims to empower local artists by providing them with the necessary tools to thrive in their creative fields of choice.

“By the end of these five years with Creative Capital, there will be 75 people who have gone through this program,” Miller says. “That’s an army of people equipped to really change the arts scene in this city.”

Taking it to the next level

Each of the two Hadley Creatives classes to date have kicked off with Creative Capital mentors leading an intensive, two-day retreat at 21c Museum Hotel that covers topics such as grant-writing, business planning, and peer collaboration, and includes individualized guidance for participants. The class is required to meet at least once a month for half a year to further develop their professional skills. So far, the Hadley Creatives classes — which the Foundation has dubbed “generations,” because they build off one another — have met more frequently.

According to second-generation Hadley Creative, Keith McGill, the program has given him a much-needed push to further his artistic career. For years, McGill has worked as an actor, director, comedian, playwright, and teaching artist — but he paid the bills by working a day job in retail. This all began to shift due to Hadley Creatives, where he says “they spent a lot of time telling us not to undervalue ourselves and teaching us about the business side of art.”

By applying what he learned as a Hadley Creative, McGill now earns a living through his artistic endeavors. “None of us were afraid to put in the work. We were all already doing that as artists,” McGill says of himself and fellow Hadley Creatives. “This program gave us the tools and resources to take it to the next level.”

For example, in addition to dedicating more time to writing original works, he currently is directing “Ghost” at Stage One Theatre — his most prominent directing to date.

That’s exactly what Ramona Lindsey wants to hear. The Foundation program officer and staff lead for Hadley Creatives says, “We want to get to a point where the words ‘struggling’ and ‘artist’ don’t go together.”

A primary goal of the Hadley Creatives is to provide artists, who often work in isolation, with a solid community of artists to share ideas, provide feedback, and identify resources to help elevate their status as artists. At the start of Hadley Creatives: Generation 2, 40 percent of participants felt they had this type of support. By the end of the program, this had increased to 100 percent. 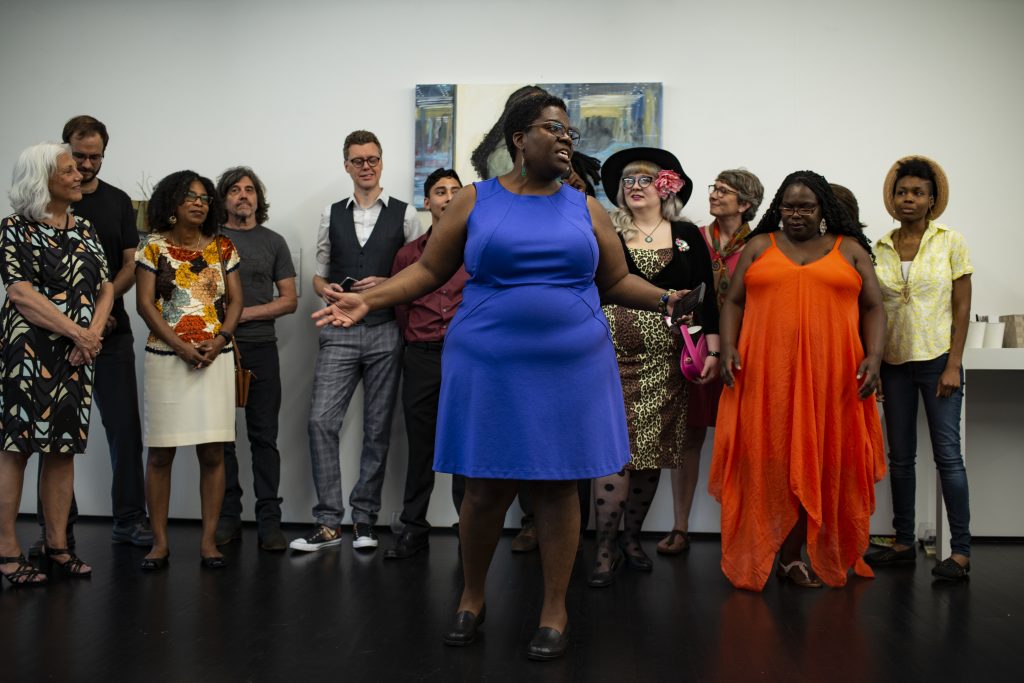 Ramona Lindsay, Program Officer at Community Foundation of Louisville, with the 2018 class of Hadley Creatives

“It’s about more than quality of art,” Lindsey says. “That’s part of it, but it’s also about your willingness to cultivate a community of artists and to grow as an artist professionally.” Each generation of Hadley Creatives is selected through a competitive application process. A panel considers technical expertise, but perhaps even more importantly, whether an applicant demonstrates a strong creative vision, a readiness to pursue a career as a working artist, and a willingness to support fellow artists. Finally, a group of former Hadley Creatives join with other local arts professionals to review the potential candidates and curate a diverse class.

“Part of our goal is to ensure the group is diverse across disciplines, race, gender, socioeconomic status, and experience, and I think you can see that intentionality in both classes,” says Lindsey. The most recent generation included six visual artists, four writers, four dancers, and one photographer.

The Foundation began accepting applications for the third generation on July 1 and artists have until August 5 to apply. With this next class, Lindsey hopes to build on the rich personal diversity by even further inclusion of artistic disciplines, such as music, film, and graphic design.

Once again, Creative Capital — an organization Lindsey says has “seen the potential of the artists here in Louisville” — will teach, mentor, and empower the Hadley Creatives.

“We’re thrilled to be partnering again with the Community Foundation of Louisville on Hadley Creatives, nurturing new generations of artists and working together toward a more interconnected artistic ecosystem,” says Suzy Delvalle, president and executive director of Creative Capital. “Providing the resources that allow artists to find stability for their practices in the long term, while remaining in their communities, is vital not only to the artists themselves, but to all of us who learn and benefit from their work.” 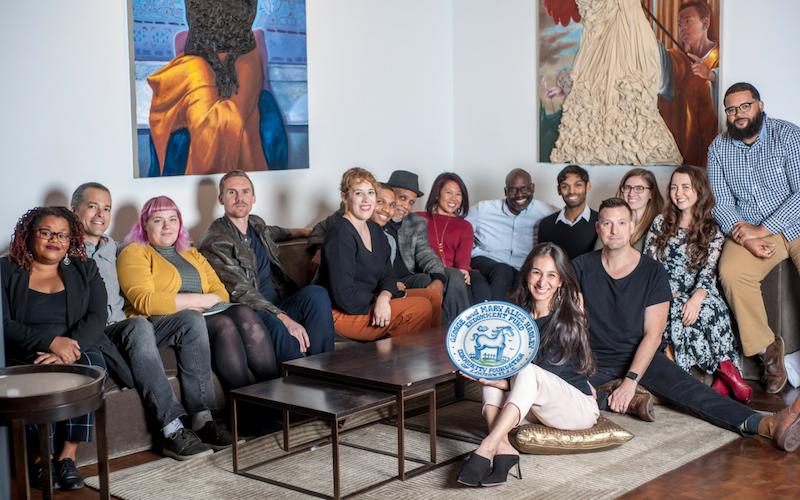 Every day, the Community Foundation of Louisville works with donors who, like the family of artist Mary Alice Hadley, want to leave a specific philanthropic legacy. Whether you are creating a scholarship fund to honor a loved one, opening a Donor Advised Fund to engage future generations in giving, or making a gift to the Fund for Louisville to help address some of Louisville’s most pressing needs, the Foundation can help you achieve your unique philanthropic vision and leave a lasting legacy.