Empowering Through the Arts 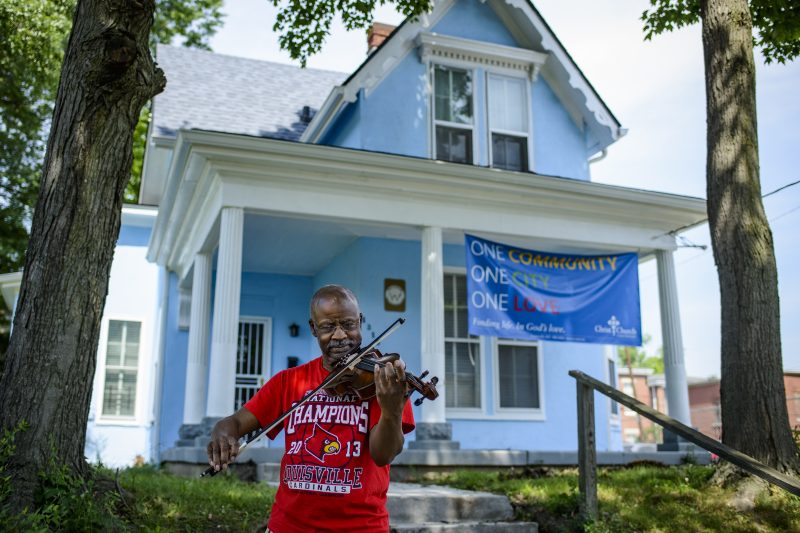 The stretch of South 28th Street where the Blue House sits is all quiet on a recent Saturday morning. Then four young violinists launch into Bach’s “Minuet 1,” and the high-pitch sounds waft out the front door, piercing the silence.

“Excellent!” Keith Cook tells the boys, who range in age from 8 to 12. “Now, let me hear you try this…” Cook plays a short, up-tempo piece of music. One student — whose delicate, honey-colored violin starkly contrasts with his red T-shirt, athletic shorts and soccer shoes — starts talking and giggling. Without missing a beat, Cook gently redirects the boy.

It’s a scenario that unfolds almost daily inside the Blue House, a name inspired by the historic home’s bright, sky-blue exterior. Cook has offered free violin lessons to kids here since 1997, when he founded the nonprofit West Louisville Talent and Education Center. The program draws heavily from the nearby Parkland, Russell, California and Shawnee neighborhoods, though his current roster of 44 students includes kids from Shively, Portland and other areas.

Cook’s goal: offer kids a welcoming place where they can master skills that will serve them in the future — like discipline, confidence, creativity — while staying out of trouble.

It’s a goal shared by numerous Louisville arts organizations. The belief, which is confirmed by countless studies, is that exposure to the arts in childhood has a positive impact on social skills, emotional state and academic success. For many kids being served by these nonprofits, engaging in the arts may be the key to developing the resiliency to achieve success.

Cook says that when he was growing up, music was a haven in his sometimes volatile home. It also served as a positive diversion that kept him out of trouble.

“Music was just a hobby at first, but I kept at it because it was a way to stay away from the fray. Some of my friends started running with the wrong crowds as they got older,” Cook recalls. “Plus, things around the home weren’t always that much fun. As long as I was practicing, I was OK. It was kind of an escape. I’ve had students tell me they use it for the same thing.”

Seated in a folding chair inside the Blue House’s living room, Cook repeatedly peers out the front window as he talks. Turns out a kid from the neighborhood had shown an interest in taking lessons, and he was supposed to stop by today. Cook is hopeful the boy hasn’t forgotten: “We just need to get him in the door.”

Getting kids in the door is half the battle, according to Dave Christopher Sr., founder and executive director of AMPED, a free youth music program located in the Chickasaw neighborhood.

“The music is the trick to get them here,” says Christopher. “But it’s not a bait and switch. We have the best equipment, the best instructors, and we’re going to do everything we say we can do as far as music is concerned. But we’re also going to find out other ways we can help kids succeed.”

Christopher started AMPED — which stands for Academy of Music Production Education and Development — in 2014. The idea took root years earlier, but he finally was spurred to action amid a rash of violence that year. At the time, he co-owned a professional recording studio called Level Seven, which had inadvertently become a safe space for kids in the neighborhood. 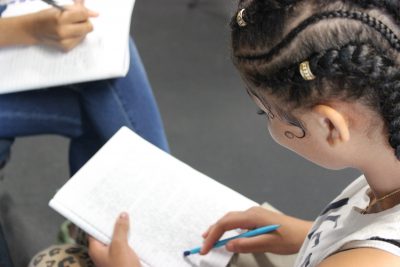 AMPED sprung from Christopher’s desire to get kids “off the streets” and into an environment where they can thrive. The mission: “To put kindness, guidance and support into practice with the use of music education, music creation and performance that will help our youth to become caring, career-minded and community-focused citizens who will impact their environment in a positive way.”

The organization operates like an academy, meaning participants can select the classes that interest them most. Offerings range from piano and drums, to audio production and engineering, to music business and contract writing. In addition, the program provides tutoring, and an on-site counselor reviews school attendance and grades.

Interest from kids in the community has been overwhelming. Every eight weeks, AMPED enrolls another 40 kids, and current participants who are doing well in the program are invited to continue taking classes; those who have struggled in the program are encouraged to re-enroll for the next round if they’re interested.

“I tell every kid that comes into the building: You do your part, I’ll do my part,” Christopher says. “Whatever it is you want to do, I’m gonna do what I can to help you.”

Since its launch just a few years ago, AMPED has served hundreds of kids. But Christopher is quick to point out it’s not all about the music. “We’re not running a talent mill. Every kid, regardless of talent or skill, will hit the stage. We’re building confidence and courage and self-esteem, not necessarily making musicians.” 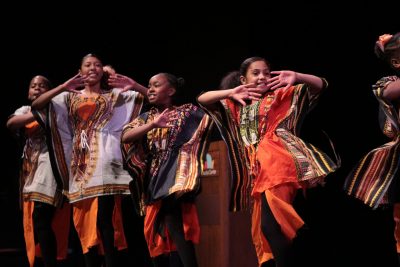 Photo by Julia Youngblood, The Kentucky Center for the Performing Arts

There are many success stories, two of which Christopher recounts during our recent conversation. They sound like extreme cases, though he says their circumstances aren’t all that unusual:

A 9-year-old boy had been placed in an alternative school due to violent outbursts. He had been diagnosed with autism and a personality disorder, and he was failing most of his classes. After two years at AMPED, where he takes classes one or two days a week, he’s back in a mainstream JCPS school and getting straight As.

A young lady whose GPA was a 1.2 frequently was suspended for fighting. Kids picked on her because she was poor, and her response was to fight. After a few years at AMPED, she’s an A and B student who’s taking AP classes. “She’ll come to me now and say, ‘Dave, they tried to get to me today, but I wouldn’t let them,’ ” he says. It’s a shift he attributes to the discipline and confidence that are byproducts of participating in the arts — regardless of how talented you are. “She’s not gonna be a professional singer, but she’s still gonna succeed.”

During a black-tie gala in the early days of the Kentucky Center for the Arts, Ken Clay, then-vice president of programming, noticed a sea of onlookers watching the spectacle unfold from across the street. At least that’s how the story goes.

“He pointed to those people, and he said, ‘That’s our real job out there. The people who don’t feel like they can come in the door, those are the people we need to reach.’ And he never lost sight of that,” says Julia Youngblood, director of the Kentucky Center’s ArtsReach program, which Clay ultimately co-founded.

The program strives to engage youth in community settings through instruction in dance, music and visual art. Now in its 27th year, ArtsReach empowers community centers to program the arts and nurtures diverse artists who might not otherwise have access to instruction.

“When I was a kid, I never really had access to the arts. If you didn’t have money for private instruction or a dance class or whatever, you were just out of luck and didn’t have the opportunity,” Youngblood says. “It’s really fulfilling to be able to make this possible for so many young people.”

Last year, ArtsReach enabled 6,000 kids to experience the arts as Kentucky Center patrons. The program also made it possible for around 450 young people to participate in studio instruction led by professional artists — such as Keith Cook of the Blue House.

For years, Cook was a professional violinist. He played with the Louisville Orchestra for 31 years. In addition to teaching at Blue House, he is a music educator at the West End School, a pre-kindergarten through eighth grade school for at-risk young men.

There’s a waitlist of kids who would like to take violin classes at the Blue House, and Cook hopes to expand his team of instructors to meet the demand. Several former students already assist with instruction, and K.J. Wilson hopes to join those ranks.

Wilson began taking violin from Cook at age 3; now he’s majoring in music at the University of Louisville. One day he hopes to play in a big-city orchestra, but he’s also interested in teaching — specifically in the Suzuki method of violin instruction, which is Cook’s specialty. It’s named after Japanese violinist Shinichi Suzuki.

“Dr. Suzuki believed children are pure and happy. Because of that, we need to keep them on that path, we need to help them continue to be good people, and we can do that through music. Through music, children learn focus and discipline, but also creativity,” Wilson says.

“Music and art instill happiness and peace,” he adds. “I know there’s no such thing as a perfect world, but there’s an ideal perfect world, and we can definitely get closer through arts education.”