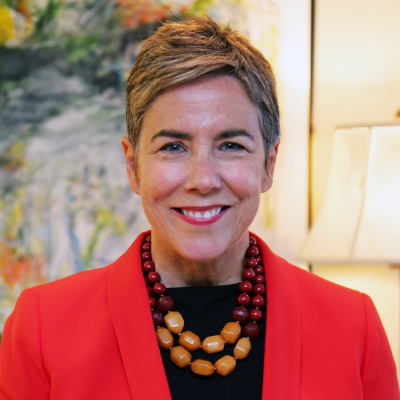 With deep appreciation, the Community Foundation of Louisville announced that Susan Barry will be stepping down from her position as President and CEO, effective Sept. 3. During her 10-year tenure, Susan has led a tremendous period of philanthropic growth and expansion of the Community Foundation’s mission to connect donors, nonprofits and civic partners for lasting community impact. She will join Boston-based CEO search firm Egmont Associates.

Under her leadership, the Community Foundation of Louisville became the largest charitable foundation in Kentucky and one of the top 50 in the United States, achieving the following significant milestones: 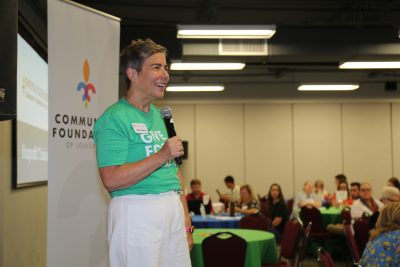 “On behalf of the Board, I thank Susan for her forward-focused perspectives and her commitment to philanthropic support to meet the ever-changing needs of our community,” said Stephanie Smith, Chair of the CFL Board of Directors. “She has worked with our strong team, committed Board and volunteers whose efforts will continue to make a long-lasting impact, so that people and place thrive.”

The Board has named Senior Vice President and Chief Financial Officer Matt Bacon as the Community Foundation’s interim President and CEO. A nationwide search for Barry’s replacement will be led by CFL Board Member Dave Calzi.